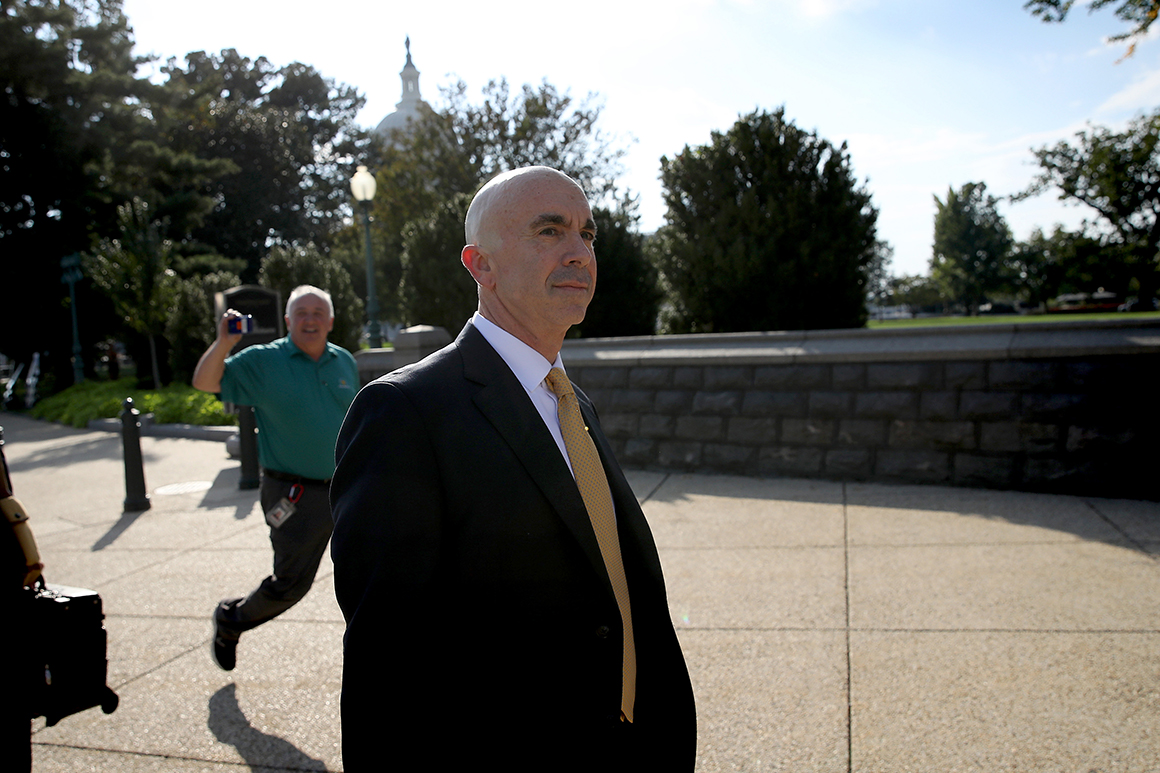 The lawmakers are asking Pompeo to provide by June 4 details about his contacts with the White House regarding Linicks’ removal, as well as the rationale behind the choice of his temporary replacement, Stephen Akard, who Democrats worry will be a conduit to provide information about Linick’s confidential work to agency leaders. The Democrats are also asking Pompeo for guest lists connected to his series of “Madison Dinners,” as well as invoices, approvals and ethics decisions regarding the use taxpayer funds on the events.

The lawmakers sent a second letter to Akard, similarly asking him to provide details of his appointment by June 4. They also ask him to catalogue any of the ongoing investigations, audits and reviews Linick was conducting before his removal.

They’re also urging Akard to resign from a separate State Department post in which he reports to Pompeo. The dual role, they say, could be used to funnel information from the inspector general’s office to the officials being scrutinized, including Pompeo, and that would likely chill whistleblowers from coming forward, the Democrats write.

“This inherent conflict of interest will prohibit you from having the independence necessary to conduct fair and rigorous oversight of the Department and the Secretary,” the lawmakers say.

Linick’s ouster was the latest in a string of moves by Trump to either remove or fire inspectors general he deems disloyal to his administration. Trump has attacked all of the watchdogs appointed to their posts by President Barack Obama, even though some have worked across administrations of both parties for decades. Trump has relied heavily on acting inspectors general, who are more easily removed from their roles compared to Senate-confirmed appointees, whose ousters require notification to Congress.

Linick is the second Senate-confirmed inspector general removed by Trump in recent months. Trump also abruptly ousted intelligence community watchdog Michael Atkinson, citing his handling of a whistleblower complaint that accused Trump of wrongdoing in his effort to pressure Ukraine to investigate his political rivals. The report, which Atkinson sought to provide to Congress before the Justice Department blocked him, was later made public by the administration and ignited the House’s impeachment of the president in December.

Though just two inspectors general have been fired abruptly, Trump has also demoted the watchdog tapped by fellow inspectors general to monitor his administration’s handling of the coronavirus response. He also nominated a member of the White House counsel’s team to fill a newly created watchdog role for Treasury’s $500 billion economic stabilization fund created to bolster the economy amid the pandemic, a move that sparked outcry from Democrats.

Though lawmakers of both parties have urged Trump to nominate permanent inspectors general, Democrats also criticized Trump for picking a replacement for the acting Health and Human Services inspector general, Christi Grimm, who drew Trump’s ire when she issued a report cataloging a lack of federal preparedness for the coronavirus crisis.

It’s unclear if Democrats will be able to procure any details from the State Department. The House has struggled to obtain information from the State Department in previous efforts, including during its impeachment process, when Pompeo ignored Intelligence Committee subpoenas for documents about the president’s efforts regarding Ukraine. Pompeo testified to the House Foreign Affairs Committee earlier this year but faced no questions about Ukraine.