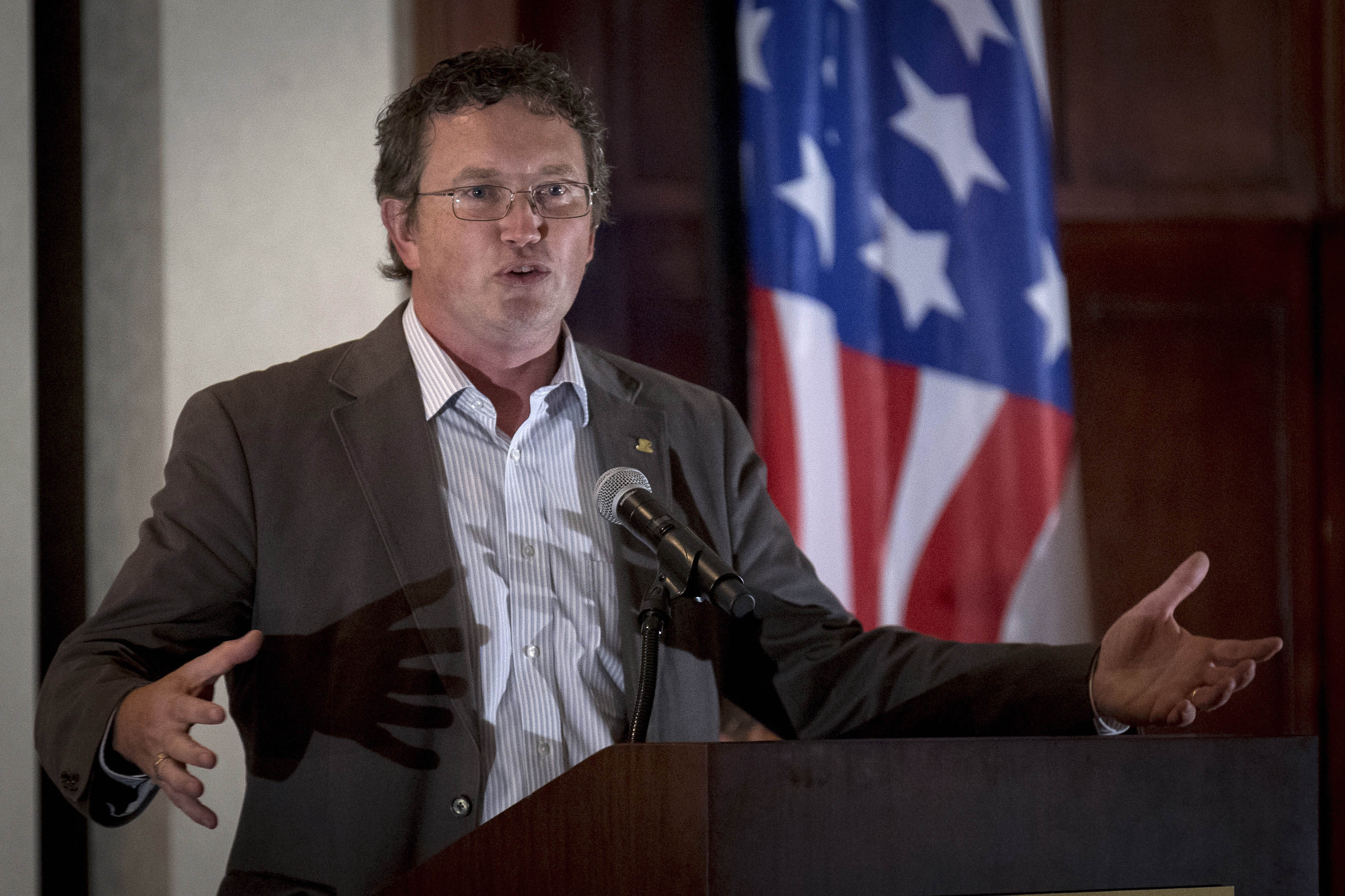 When read a Trump tweet calling him a third-rate grandstander, Massie chuckled. “I take great offense to that,” he said. “I’m at least second rate.”

“It’s not grandstanding to stand up for the Constitution,” he continued. “And the fact that they brought all of these congressmen here in order to get a quorum shows you that I was right. The Constitution requires a quorum to pass a bill, and they were planning to subvert the Constitution.”

Speaker Nancy Pelosi (D-Calif.) and House Minority Leader Kevin McCarthy (R-Calif.) were eager to avoid bringing back more than 400 lawmakers for a roll call vote amid the fast-spreading outbreak. Several members of Congress already have tested positive for coronavirus and most lawmakers were eager to hold a voice vote to allow for swift passage and to avoid cramming everybody into the Capitol.

Massie said House Republican leadership leaned hard on him to try to get him in line.

“I was offered a lot of things and I was threatened with some things,” he said, declining to elaborate.

Ultimately, party leaders figured a workaround of sorts where a quorum — at least 216 members — showed up Friday to rebuff Massie’s demand for a formal roll call vote on the measure, which will boost unemployment insurance, provide some cash to individuals and offer a lifeline to distressed industries.

Despite the attacks from across the political spectrum, he said many of his fellow members secretly supported his move.

“You know what, there are a lot who aren’t mad at me,” he said, declining to name names. “They’re quietly expressing their support to me.”

Massie also pushed back against criticism that he endangered his fellow members of Congress by having many of them travel to D.C. by plane in the middle of the crisis.

Massie, a libertarian-leaning conservative who has often clashed with his own leadership, said he has no plans to leave the Republican Party, despite Trump calling for him to be thrown out of the GOP.

“No, no, no, no,” he said, when asked if he would become an independent.

Massie faces a potentially tough primary challenge, and he’s previously sought to disparage his GOP opponent as a “Trump hater.”

Massie said the potential impact on his re-election bid wasn’t a factor in his decision.

“I’ve never taken a vote with that in the back of my mind,” he said. “I vote based on what I think is best for my constituents and for the Constitution.”

Pelosi and McConnell resist testing for lawmakers as anxiety spikes