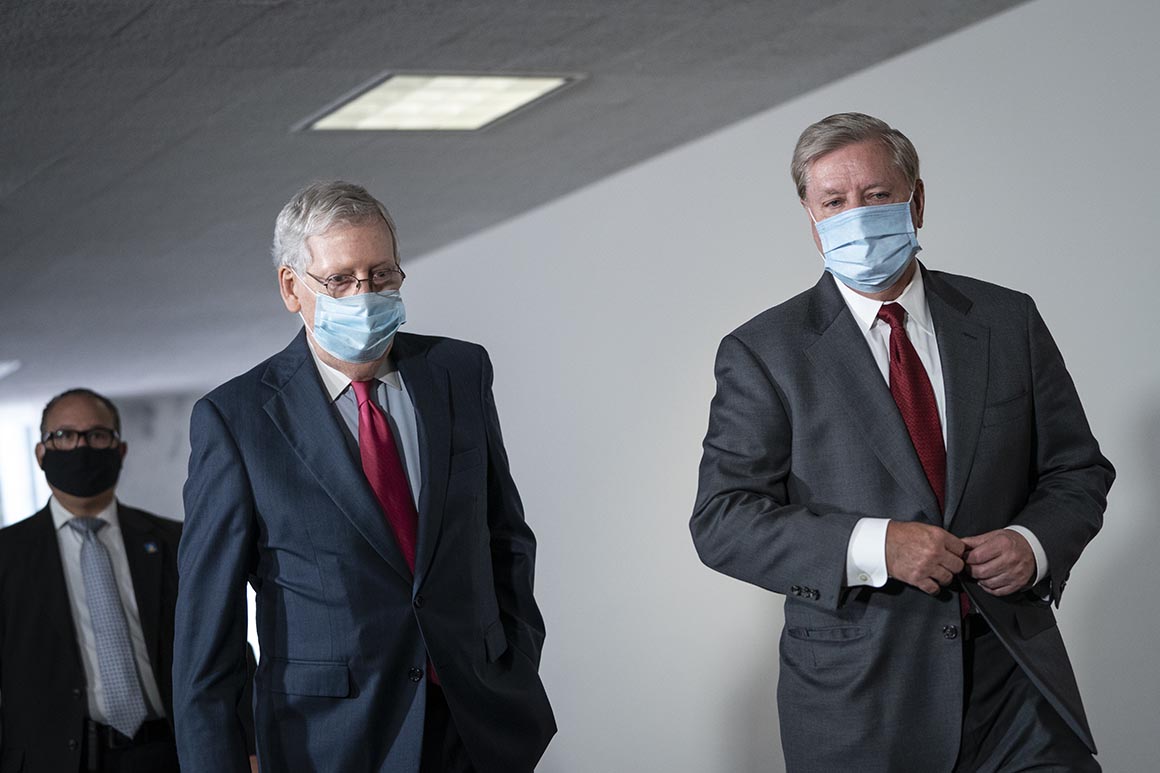 To Republicans, the confirmation of a new director of national intelligence, several lifetime judicial appointments and a smattering of coronavirus hearings has been worthwhile. They did not approve new coronavirus-related legislation, though they say that day is coming. At a minimum, they expect to loosen restrictions on small business aid when they come back in June.

There’s also been something fulfilling for the GOP about resuming thrice-weekly party lunches, at a distance, in the Hart Building. McConnell governs his caucus by listening to his members, and the lunches have amounted to key strategy sessions. President Donald Trump has even visited for a pep rally.

“I hope hand lotion doesn’t cause cancer, because we’ve been using a lot of it,” said Sen. John Kennedy (R-La.) of the precautions his party is taking. Some in the Senate were particularly spooked when Sen. Rand Paul (R-Ky.) tested positive for the virus in March, leading some senators to self-quarantine.

Democrats say meeting in person is not worth the risk and that Republicans are miscalculating about their health. Democrats hold party meetings by conference call or chat with each other over Zoom, declining to embrace Republicans’ attempts to resume their old habits. Not being able to see their colleagues in the normal settings makes their work less satisfying, they say.

“Given the risks they run, that someone could get sick from this? I think it’s not a smart move on the Republicans’ part,” said Sen. Elizabeth Warren (D-Mass.).

Sen. Joe Manchin (D-W.Va.) said that a decision to resume caucus meetings in person remains “on ice” and that “Democrats will be very cautious” until there’s some form of treatment or mitigation for the deadly disease.

“If we’re going to be careful and safe, we just can’t do the things we traditionally did,” said Senate Minority Whip Dick Durbin (D-Ill.). “But for a couple votes on the floor, I could be sitting at home in Springfield or Chicago and do exactly the same thing I’m doing.”