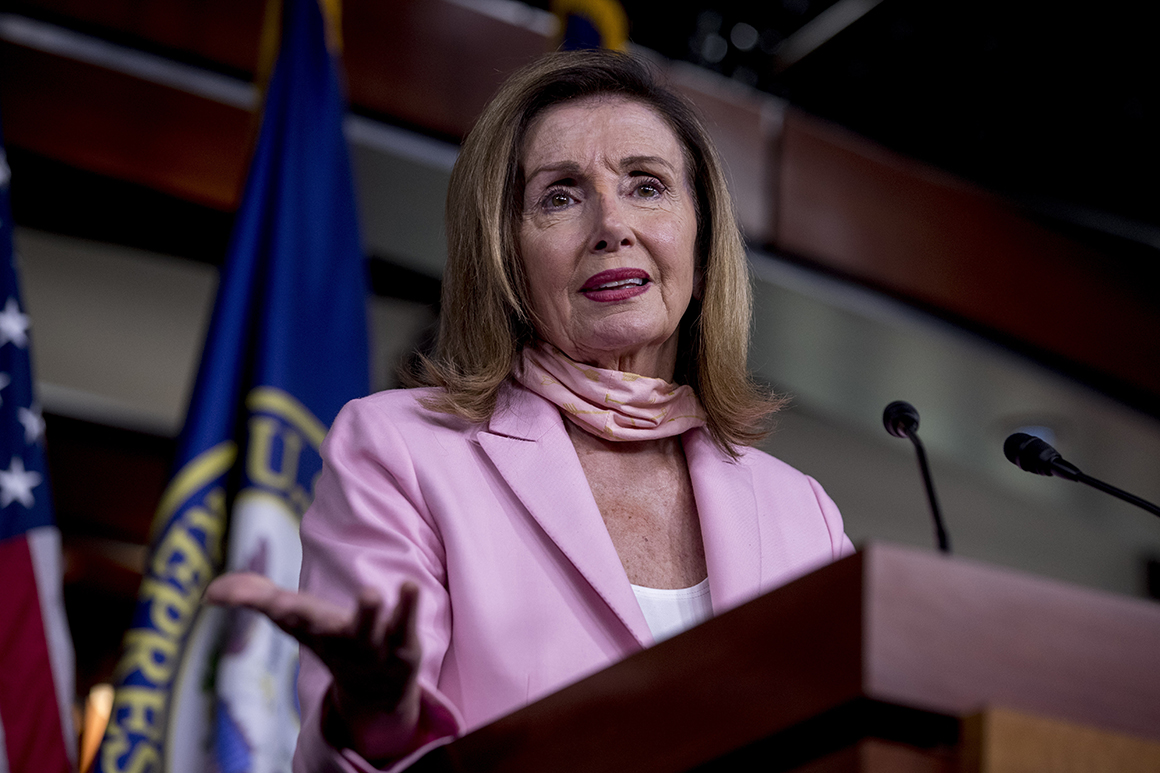 The jet fumes typically wafting past the chamber on the last day of July has been replaced by a sense of dread, particularly among Democrats, who passed a nearly $3.5 trillion bill months ago but now need to explain back home why Congress allowed a crucial financial lifeline for jobless Americans to lapse.

“People are feeling a lot of hardship right now. There’s a lot of suffering,” Rep. Ben McAdams (D-Utah) said in an interview during a final round of votes on Friday. “I think partisanship and disagreement has locked down Washington. It’s inexcusable.”

Lawmakers often look forward to decamping from D.C. in August and returning to their districts, especially in the critical months before an election when retail politics can make or break an incumbent. But this year is devastatingly different.

“It’s even more difficult to be back in the district because there is a lot of frustration and anger out there directed towards Congress,” Rep. Anthony Brown (D-Md.) said. “A lot of people understand where the holdup is — in the Senate — but most voters just know that hey, Congress isn’t providing relief.”

House leaders gave their members permission to leave Washington this weekend as long as they can return within 24 hours to vote on an eventual deal, if it is ever reached.

“We will not start the August district work period until we pass appropriate Covid-19 relief to meet the current health and economic crisis,” House Majority Leader Steny Hoyer (D-Md.) announced on the floor Friday.

Hoyer’s announcement wasn’t exactly a surprise. But a collective groan could almost be heard across the Capitol as his words reverberated through the House chamber. That means members will need to make yet another back-and-forth trek from their districts amid the raging global pandemic, with coronavirus cases still spiking in dozens of states and an estimated 1,000 Americans dying a day from Covid-19.

Some lawmakers said they may not return for the vote — which would put them at further risk of contracting the virus as cases continue to surge — and would instead cast their vote by proxy for the next round of relief.

Speaker Nancy Pelosi and White House negotiators have made little headway on a bipartisan coronavirus relief deal, despite meeting for several hours over several days this week.

Instead, leaders of both parties have continued their public posturing — pointing fingers at the other side for allowing critical federal unemployment benefits and a federal evictions moratorium to lapse, even as jobless claims tick up and experts worry about the economy cratering.

“We don’t have shared values, that’s just the way it is,” Pelosi declared to reporters Friday. Meanwhile, White House chief of staff Mark Meadows took to his own podium at the other end of Pennsylvania Avenue to accuse Democrats of causing the impasse.

In the Senate — where the House’s nearly $3.5 trillion relief bill has languished for two months — the fingerpointing intensified Thursday as senators from each party made opposing procedural motions intended to ramp up the pressure on the other. In the end, the chamber adjourned with no resolution, and Senate Majority Leader Mitch McConnell has only sought to pin the blame on Pelosi and Democrats.

But even some Senate Republicans — who had, for weeks, resisted a deal — told reporters this week that they felt uncomfortable leaving for the weekend after the Senate adjourned Thursday with the unemployment aid set to expire. The Senate plans to begin its lengthy summer recess starting on Aug. 10, though that date, too, could be pushed back without a deal.

“I’d prefer to stay here today and tomorrow and get it done like we did the last time but apparently there’s just not enough progress to justify that,” Sen. Marco Rubio (R-Fla.) said before senators left Washington on Thursday.

“I remain hopeful that at some point next week, you know, people come back and realize that we’re going to have to do this eventually so might as well do it now.”

Sen. Kevin Cramer (R-N.D.), too, said that lawmakers likely would have stayed the weekend if a deal was just one or two days away. But that scenario remains unlikely.

“We can pretend that we’re here working but if we’re just here killing time for an eventuality next week, I think you have to play up those practical things,” he said.

Tensions in the Capitol had already been escalating before this week’s standoff in coronavirus talks. Last week, Rep. Ted Yoho (R-Fla.) was witnessed verbally harassing Rep. Alexandria Ocasio-Cortez (D-N.Y.) over her political views just steps from the House chamber. And some rank-and-file GOP lawmakers tore into one of their own leaders, Rep. Liz Cheney (R-Wyo.), over disagreements on Trump.

Not to mention it’s been a devastating few weeks in the House with the death of Rep. John Lewis (D-Ga.) on July 17 and the days of public grieving that followed. Before that, the nationwide reckoning over race led to the first real discussions on police reform in years, but ultimately collapsed amid partisan disputes.

“The biggest thing going through most of our heads probably right now is still John Lewis. He was such a good friend to all of us,” Rep. Juan Vargas (D-Calif.) said. “To have so many inspiring views, thoughts, remembrances of him, and then to have the drag we’re in. That’s disappointing.”

Anxiety in the Capitol further intensified this week after Rep. Louie Gohmert (R-Texas) — who is notoriously lax about wearing masks — tested positive for the virus, raising new questions about safety inside the building.

That all comes after a brutal year, with the Senate impeachment trial of President Donald Trump in February that was over just weeks before Congress was forced to swiftly shutter the Capitol and draft massive legislation dealing with the coronavirus pandemic and the economic recession that followed.

Since then, the year has only mushroomed into chaos as a Congress established in the 18th Century struggled to respond to a 21st Century pandemic. Not even August recess is spared — something lawmakers insist is the furthest thing from their mind as Congress struggles to reconcile around a coronavirus aid bill with millions of people struggling to pay their bills and provide food for their families.

“We have to stand ready. We know that we’re actually not going to have an August work period [until it’s done],” said Rep. David Cicilline (D-R.I.).

Marianne LeVine contributed to this story.