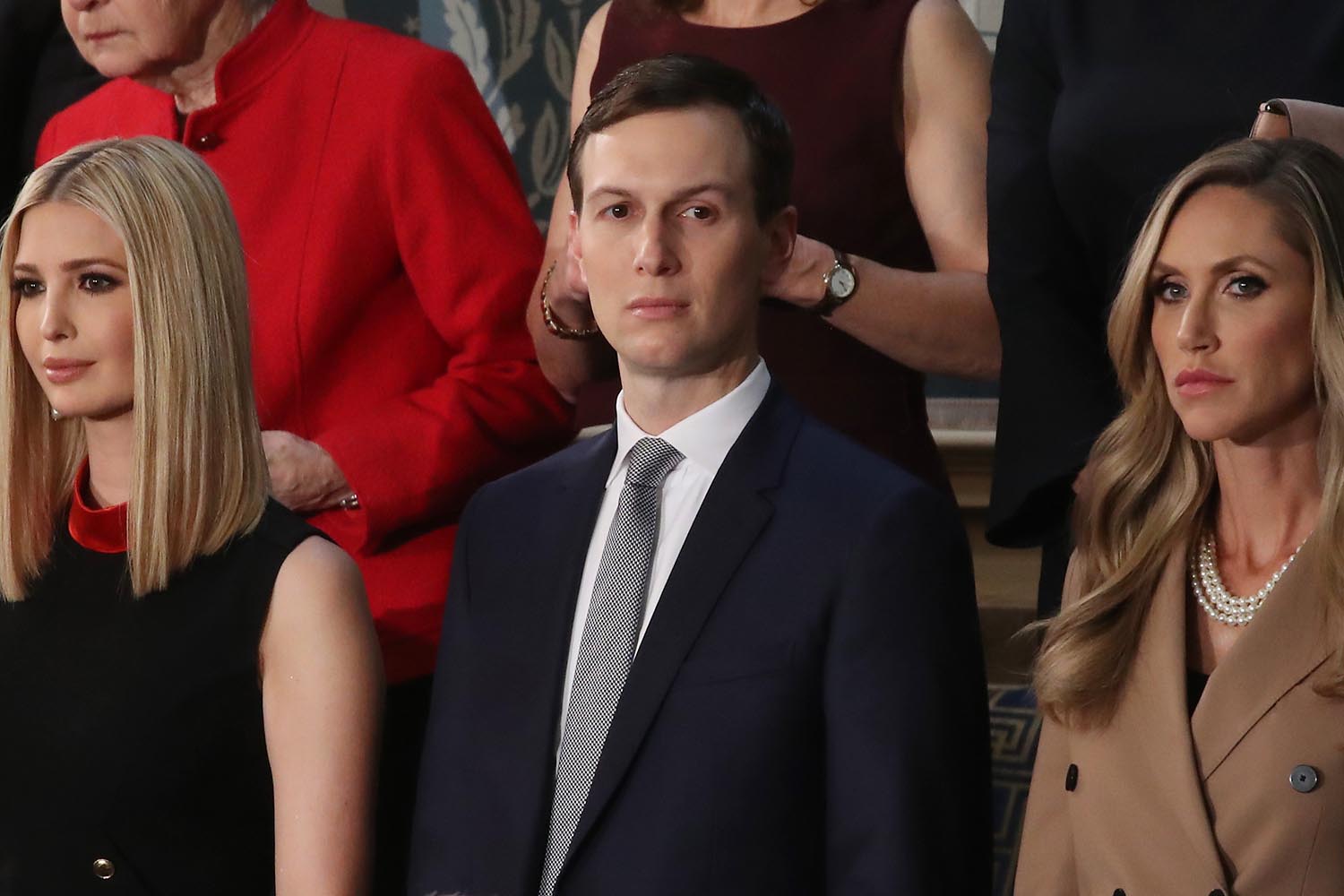 The updated language was meant to address a loophole in the original clause, which barred the bill’s loans from going to businesses that were at least 20 percent owned by presidents or their children, spouses and in-laws.

But that wording would have still allowed the money to go to businesses where several family members each owned less than a 20 percent stake of a single, but collectively the family owned more than 20 percent. That’s the case with some of Trump son-in-law Jared Kushner’s financial holdings, and lawmakers didn’t want it to seem like Kushner’s family was getting a carve-out.

So the two sides agreed to tweak the language to address the collective ownership issue.

Yet the tweak was somehow missing from the final bill. A Republican source familiar with the situation said it was merely an oversight, and that both sides were fine with the updated language.

“To suggest it is anything other than a clerical error is wrong,” the person said.

The bill also was missing a second provision that Senate Minority Leader Chuck Schumer (D-N.Y.) and Sen. Elizabeth Warren (D-Mass) had pushed, indicating that the terms of the Treasury Department loans under the bill would be made public every seven days.

Before he was sworn into office, Trump was urged to fully separate from his eponymous company, which comprises more than 500 businesses. But he ignored those calls, retaining ownership of his business. Instead, he placed his holdings in a trust designed to hold assets for his benefit. He can withdraw money from the trust at any time without the public’s knowledge.

House Democrats and watchdog groups have tried — unsuccessfully — for three years to hold Trump accountable for what they consider violations of the Constitution’s little-used emoluments clause, which forbids Trump from receiving gifts from foreign governments or money from U.S. taxpayers beyond his salary. Several watchdog groups even pushed the House to include violations of the emoluments clause in its initial list of impeachment articles.

After the Senate stimulus bill passed, Democrats trumpeted the clause to restrict the funds Trump’s businesses could receive.

“This provision will ensure that this stimulus bill benefits American workers and small businesses, not the president’s own self interests,” said Rep. Gerry Connolly (D-Va.), a House Oversight Committee member who chairs the subcommittee with jurisdiction over Trump’s hotel in Washington, D.C.

Schumer hailed the language as one of the “significant improvements” made to the bill in negotiations with Treasury Secretary Steve Mnuchin.

Shortly after House Democrats took control of the House, they launched investigations into whether Trump was violating the emoluments clause.

Trump has denied he is using the presidency to promote his resorts and claimed he’s received unfair scrutiny because of the “phony emoluments clause.” The White House and Trump Organization did not respond to questions Thursday.

The recovery bill doesn’t just address the president. It also pertains to the vice president, the heads of executive departments and members of Congress.

The Senate unanimously approved the $2 trillion emergency package after more than five days of negotiations. The House is expected to pass it soon. The legislation will authorize direct checks to many Americans, a massive fund for beleaguered industries, immediate aid for hospitals and back-up cash for state and local governments.

How Schumer might get the last laugh on impeachment trial